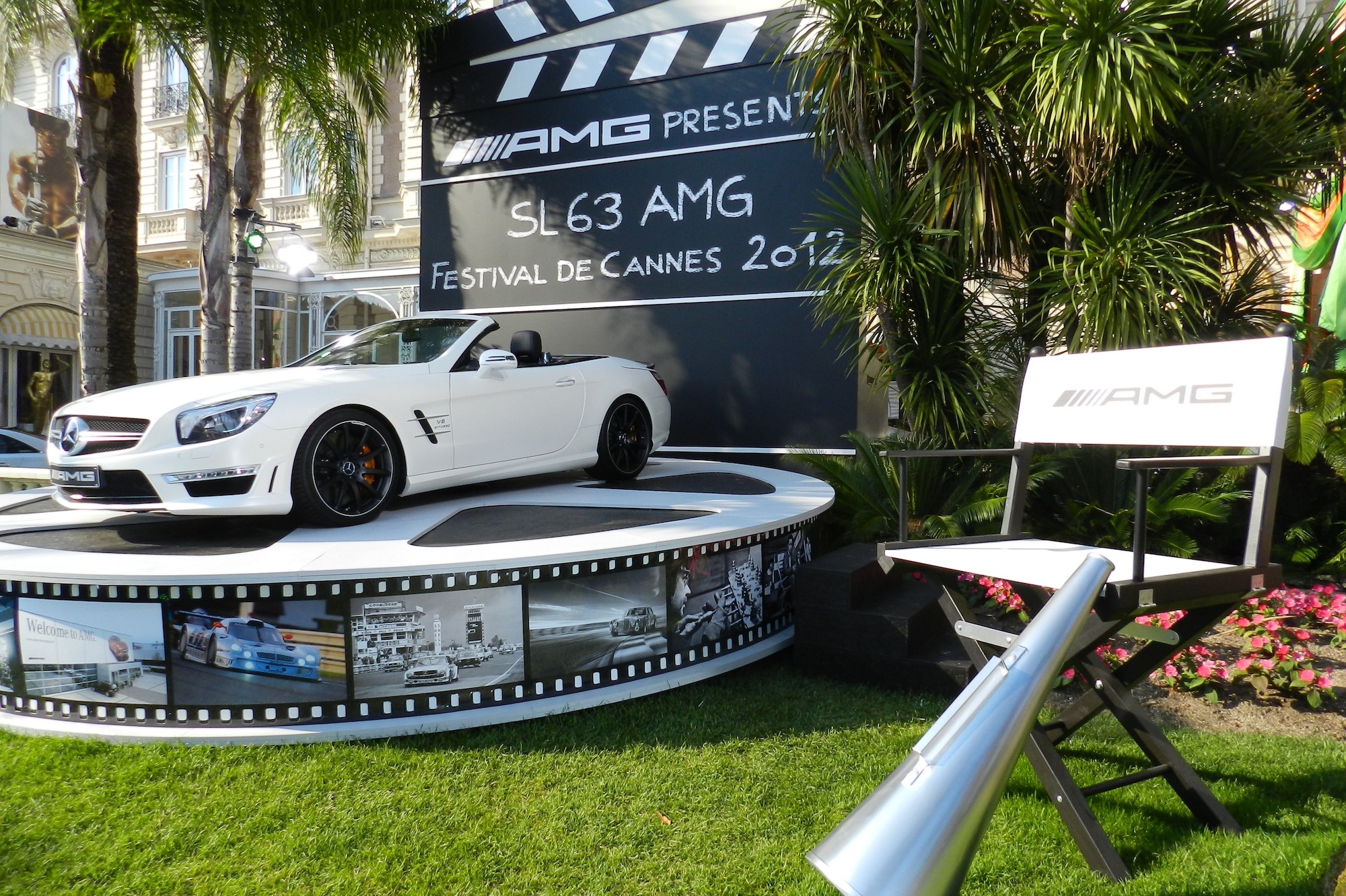 Last weekend began with a reenactment of a James Bond racing scene as we drove France in a little Fiat 500 (piccolo), 5 hours and eight near misses and three heart attacks later we arrived in Nice. This is where we were staying as Canne was booked out. The hotel we booked was expensive and was probably the worst place we have stayed at in Europe. A tiny studio apartment without a bed (fold out lounge) was all we had. 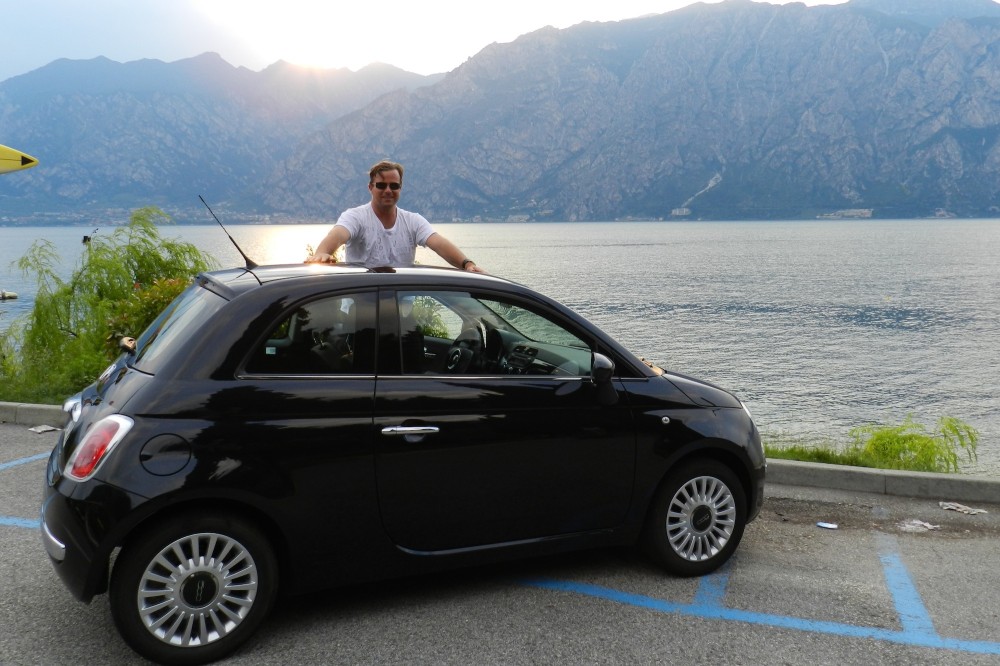 Nice is a beach side town in France. The beach however isn’t like the ones back home in Oz, the sand is replaced with pebbles and the water cold. After lunch in Nice, which was nice, we drove to Canne for the Canne film festival. The streets are lined with beautiful people, women probably hoping to get spotted by an agent or something. The hotels are fenced off with people (like us) trying to catch a glimpse of a celebrity; the photographers were out in force. Restaurants are filled with people watching the world go by along with the hot cars that seem to be a must if driving along the boulevard. 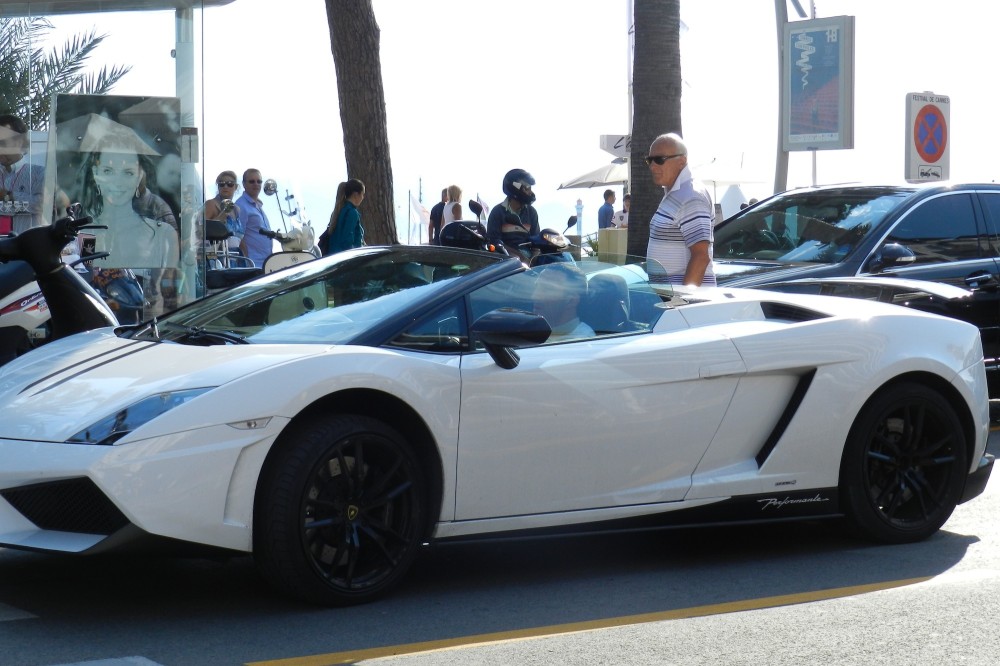 We walked into the Carlton hotel pretending we were stars and to our surprise we were let in! Thinking we were cool we proceeded to order drinks in the lobby bar and start our star spotting. Sadly Brad Pitt and Angie didn’t pop down to say hi due to other commitments so we paid our bill and departed. On our way out we met an American talent agent who was happy to have a chat and tell us stories of all the celebrities he knows. We invited him to join us at another bar for a drink and to hear more about the stars he works with. 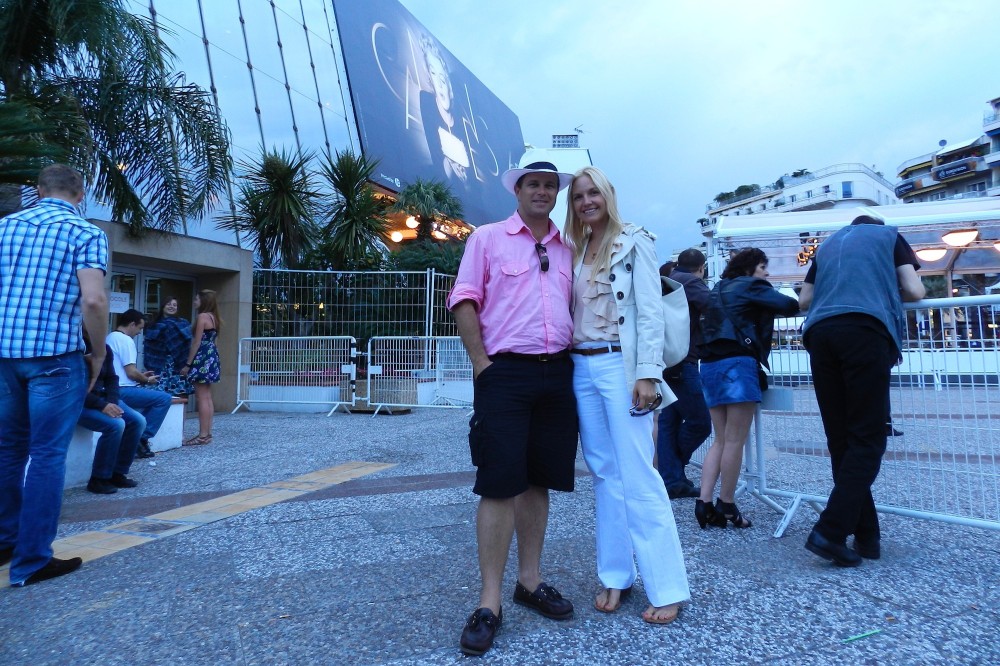 The following day we drove to Monaco for the Grand Prix! We left early from Nice thinking traffic could be hectic but the drive took 40 minutes and were parked and walking through the gates in no time. We had breakfast and walked through the streets of Monaco killing time before the big race by looking at the properties for sale in the Real Estate windows. If you have a spare 4 million dollars you would get a small one bedroom apartment with a view (maybe) and the prices just go up and up… 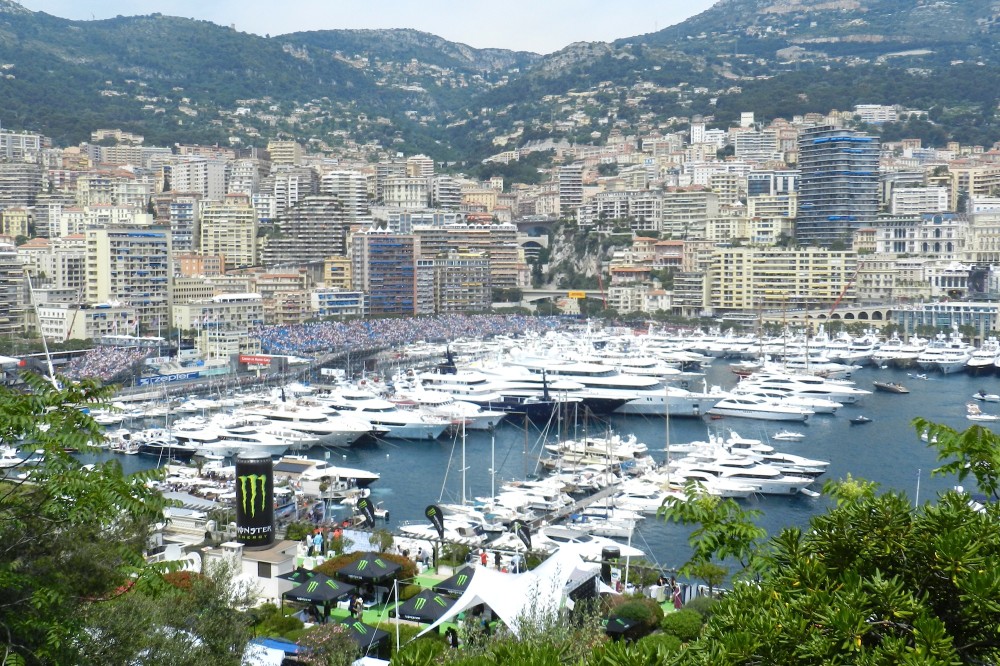 I loved Monaco but could not afford to live here. Everyone again is driving expensive cars and the streets are lined with Gucci, Louis Vuitton and all of the fabulous labels. So as you can imagine I was a little underdressed for the streets of Monaco in my $10 target singlet! Thankfully on the day of the Monaco Grand Prix most people dress for comfort and the fashion police were not out and about. Good because my sneakers were looking pretty grubby too. 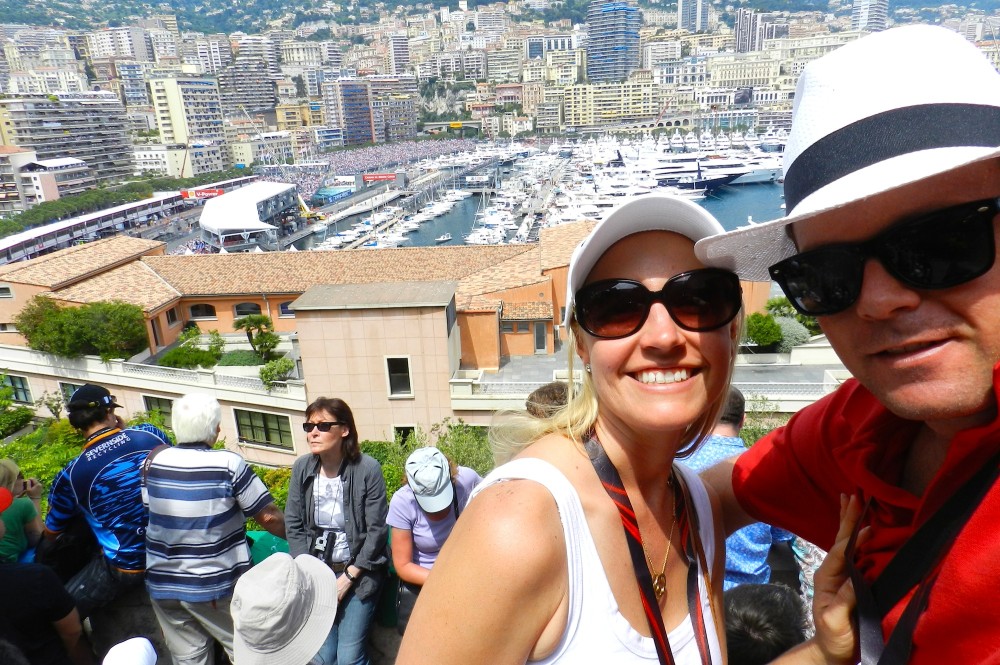 That night after the race Al had to drive back to Italy and we were only 40 minutes out of Monaco when we were stuck in a traffic jam. This wasn’t just any traffic jam, oh no this was in one of the many tunnels you have in the mountains on the highway. The highway is so scary as people drive no less than 140km and up to 180 – 200km through these long tunnels. We were stuck here for almost 2 hours so the trip home took 8 hours as we also took a few wrong turns of the way back… The trip wasn’t too bad we were both wired on coffee and lollies and had Al and Sara karaoke all the way home to Riva del Garda.